The International Chamber Music Festival SoNoRo is programmed to take place between 31 October and 17 November 2014. 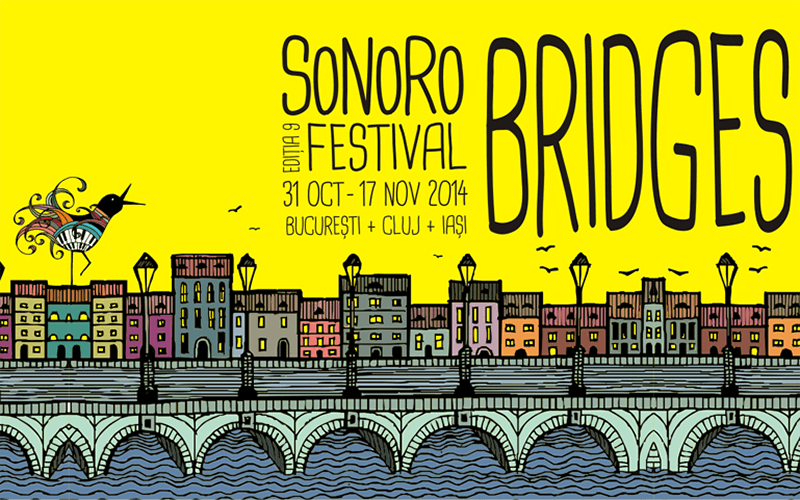 As each edition is inspired by a certain theme, this year’s edition will be inspired from the most popular bridges in the world. So you will be taken to bridges such as the Nevsky Bridge from Sankt Petersburg, Pont Neuf in Paris or the Brooklyn Bridge in America. Each of the bridges presented at the festival will have its own concert and the music will be inspired by the country of origin along with musicians that are natives there. Each of the concerts will allow those who attend to discover the country of each bridge and music and motifs specific to that particular country.

Besides the thematic concerts, attendants will have a wonderful surprise which will be presented by Andrei Tarkovski, the son of the famous director, Gipsy Night and the jazz pianist Francois Couturier and many others. Those who will attend will also meet Bruno Monsaingeon, the biggest music documentary director of the 20th century’s musical world.

Some of the musicians that perform at the International Chamber Music Festival are Vilde Frang, Boris Brovtsyn, Alexander Sitkovetsky or Daniel Rowland and among them fans will also meet Vladimir Mendelssohn or Nicolas Altstaedt for a total of 35 artists that will surely surprise the public with their great performance.

But the festival has even more to offer and the surprises keep coming as this edition will be organized outside Romania too. This edition will also have a concert in Viena at the well-known Mozart Hall with Mezzo-soprano Ruxandra Donose and Raro Ensemble. The show will consist in the most popular piece of Gabriel Faure and George Enescu, entertaining the Viennese music lovers with the music of these two geniuses.

You can easily buy tickets and passes for the entire festival at different stores in the Eventim network: Germanos, Orange, Vodafone, Domo, Carturesti Libraries, or Humanitas Libraries. Those interested in the music festival will be glad to hear that they are available with a discount if bought several days ahead.