Among Romania’s best known travel destinations, Brasov and the area surrounding it offer plenty of tourist attractions to cater to all tastes and types of travelers. For history enthusiasts, there are lots of landmarks telling stories from the country’s past both inside the city and in its neighborhoods. Outdoors lovers are spoiled with choices no matter the season they visit Brasov. Those looking for some traces that will confirm Dracula’s existence will be happy to visit the vampire’s castle, located a few kilometers away from Brasov. Indeed the list of tourist attractions in and near Brasov is almost infinite. 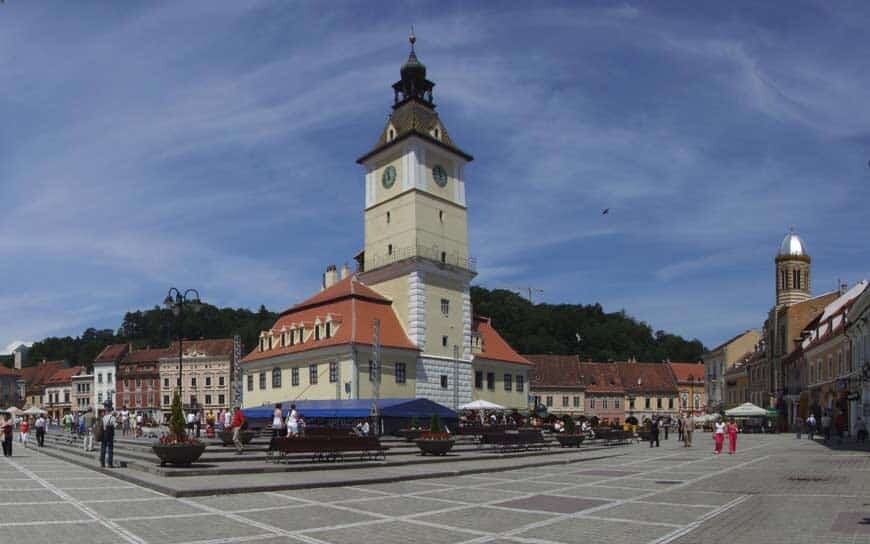 Also known as Piata Sfatului (Council Square), Brasov’s historical center is probably the city’s best tourist attraction and its most visited place. This is where the visitors go to admire Brasov’s iconic landmarks; this is where the locals get out for a walk, where they meet up and have fun; this is where cultural and artistic events, outdoor concerts and theme fairs are organized  on a regular basis.

A great spot where to start your discovery of Dracula’s country, Council Square is the departure point for most of Brasov’s attractions such as the Black Church, the White Tower, the Black Tower, the old citadel’s bastions, the old walls of Tampa citadel, etc. The most impressive building in Brasov’s old town is the Town Hall. Located right in the center of the square, this edifice erected in 1420 houses nowadays the History Museum. At no.16, you will find the first drugstore in the city. 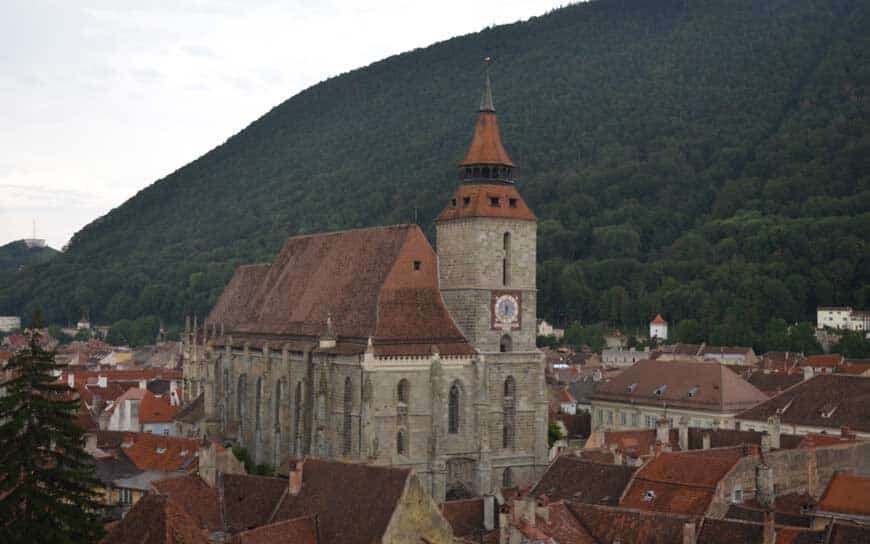 An impressive Gothic Evangelical church located in Brasov’s old center, the Black Church is an architectural gem, whose construction started in 1384 and was completed in 1477. Formerly known as the Church of St. Mary, the religious landmark was partially destroyed by the great fire of 1689. This is when the building received its current name. Severely damaged by fire, the Black Church was rebuilt with the help of craftsmen from the Hanseatic city of Danzig, because locals didn’t know how to close big sized vaults. The new vaults are, however, are Baroque, not Gothic as the original architecture of the building would require.

Measuring 89 meters in length and 38 meters in width and able to accommodate about 5,000 people, the Black Church is the largest Gothic style religious edifice of South-Eastern Europe. However, the Black church is famous not only for its size: it houses the largest church bell in the Romania, weighing six tons, and largest organ in South- Eastern Europe, equipped with over 4,000 pipes.  Actually, the Black Church organizes an organ concert on a weekly basis. The carpets collection inside this religious landmark if the richest of this kind in the country. 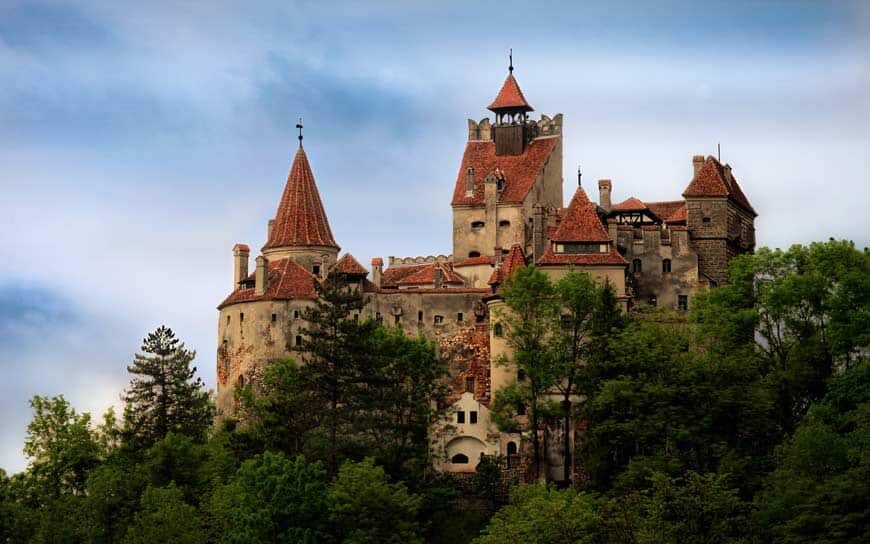 Many times included among the top 10 most beautiful castles in the world, Bran Castle (also known among international tourists as Dracula’s Castle) is located in the village Bran, situated less than 10 kilometers away from the city of Brasov. The locals would disagree that the castle had anything to do with the legendary vampire made famous by the Irish novelist Bram Stoker. Nevertheless, the castle is worth visiting if you want to understand a bit Romanian history, but also for the great views on the Moeciu region that you can get from its balcony.

The Romanian region of Transylvania is home to about 300 fortified churches, and some of them are located in Brasov’s proximity. The fortified churches of Viscri, Prejmer and Biertan with their thick walls and impressive architectural details will provide you with a more comprehensive perspective upon the country’s history. 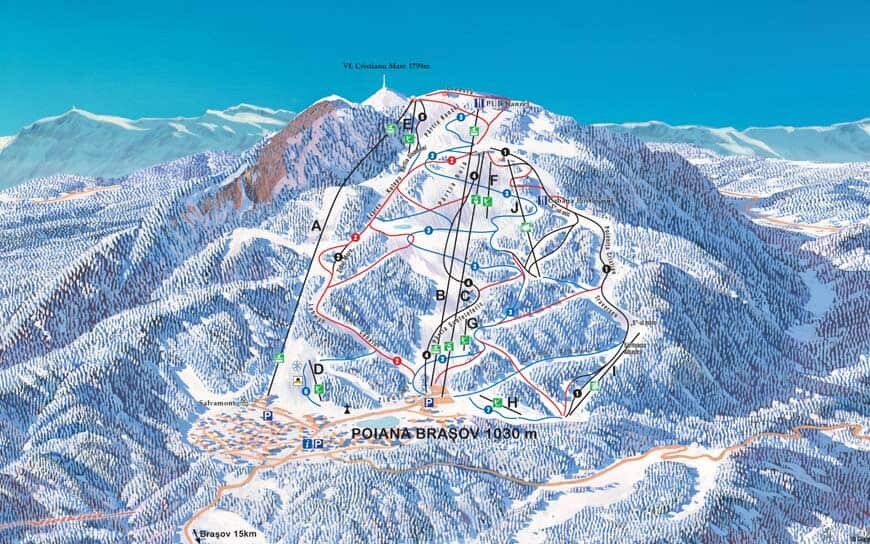 The most popular ski resort in Romania, Poiana Brasov offers 12 ski slopes of different degrees of difficulty. Poiana Brasov is also the place where you can do some snowboarding, but it can be suitable also for just soaking the winter atmosphere during the cold season. During the summer, Poiana can be a starting point for exploring Romania’s mountains. If you are not really a hiker, just take the cable car up Postavaru Mountain. You will certainly enjoy the view. Although it cannot be compared to the Alps’ chocolate villages, Poiana Brasov is a modern mountain resort, nice to visit at any time of the year.