If you are an auto fan than there are few better places to visit while spending time in Romania’s capital city, Bucharest, than the Tiriac Collection. Located right across the street from Otopeni Airport, this amazing collection reunites some of the rarest, most beautiful and unique cars and motorcycles in the world.

The collection belongs to famed Romanian billionaire, sportsman and philanthropist Ion Tiriac. Tiriac first made a name for himself in the 1960s and 1970s as a tennis player. He continued a respectable tennis career with a management position in the same sport representing some of the world’s biggest names like Boris Becker, and making a strong influence on the sport that made him the man he is today.

After he retired from the sports field he went into business, mostly in Germany, establishing one of the most diverse portfolios in the country and becoming a constant presence in the top 100 richest Romanian list for well over two decades.

His love for cars has been a constant in his life, leading to his purchase of some amazing vehicles, valuable not only due to their amazing pedigree and performance, but also due to their list of previous owners which includes names such as Elton John, Bernie Ecclestone or Sammy Davis Jr.

The current collection numbers well over 85 automobiles with names such as the 1991 Lamborghini Diablo, 1934 two door Mercedez Benz 130 (W23) or the 1960 Jaguar XK 150 Roadster making top listing.  The collection includes numerous other prestigious names and brands and is famous for being the only automobile collection in the world to have all the 6 Rolls Royce Phantoms produced up until 1972.

As of 2015 the headquarters of the Tiriac Collection is undergoing an extension program as room for a whopping 200 more cars will be added. This will bring the total cars exposed to nearly 300, making a truly spectacular collection, located a short drive away from Bucharest’s city center.

Other than admire these amazing machines, visitors of the Tiriac Collection can also purchase a brochure or a catalogue which contains the entire list of cars exposed along with some of their most interesting technical and historical details.

New models are included at regular periods to the collection while some of the present models are often paraded throughout Romania and the world, winning numerous prizes both in the country and at an international level. Visitors can easily find the expo as it is located next to the Otopeni Airport, the biggest airport in the country. 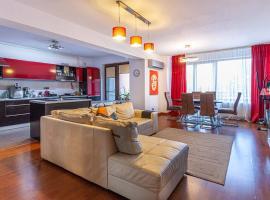 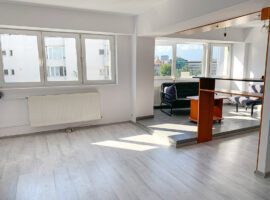