Piata Romana is one of the most interesting squares in Bucharest. Its crowded streets and sidewalks make it one of the busiest and sought after locations in Bucharest for both entrepreneurs that want to start a business as well as tourists and locals that want to go out and experience the Romanian capital city.

While the square doesn’t have any particular political importance compared to Unirii Square, it is one of the biggest social hubs in the city as well as a historic meeting place that is filled with legends and stories. The roundabout in the center of the square is the meeting point of three of the city’s biggest boulevards, Lascar Catargiu, Magheru and Nicolae Balcescu. It is also the place where one of the most popular collages in the city is located, the ASE or Economic Studies Collage. 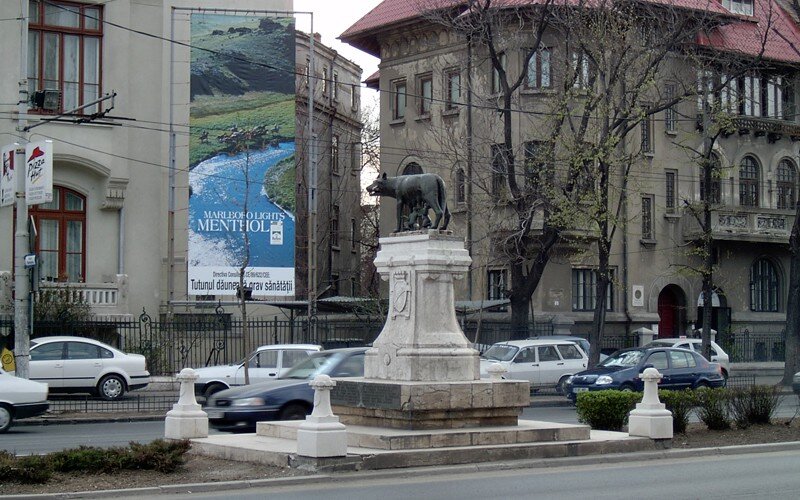 Initially the square was named Lascar Catargiu, named after a former Bucharest mayor. It also had a statue of the dignitary in the central roundabout. The communist regime that followed the Second World War sadly decided to destroy the statue and rename the square into Ana Ipatescu Square. The current name comes from the Romana Street, that is currently named Mihai Eminescu Street. 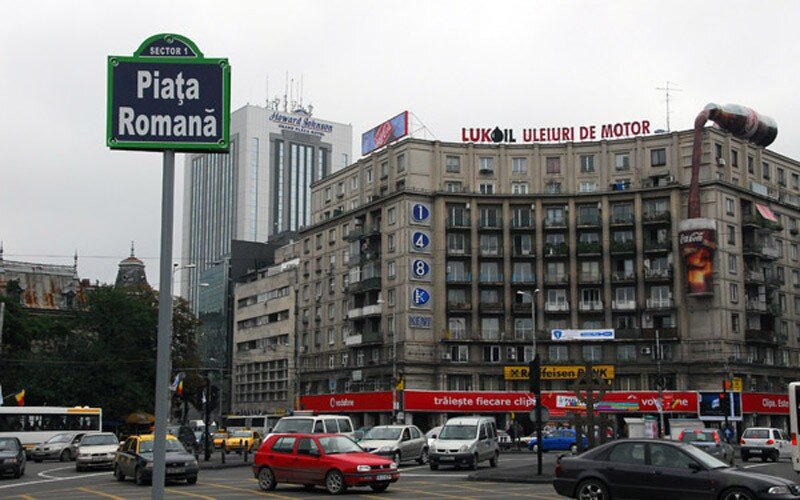 The statue of the Wolf Mother, a central piece in the current square, was received as a gift at the beginning of the 20th during the National Exposition of 1906 in Carol Park from the mayorship of Rome.  The statue was placed in numerous locations within Bucharest like Arenele Romane in 1908, St George’s Square and Dealul Mitropoliei in 1931 before ending up as one of the centerpieces of the Square.

The square’s bohemian flow comes from its sometimes uncompleted historic buildings. Like the beautiful palace that harbors the Economic Studies Collage. Its uneven design is due to the fact that it was originally supposed to have a second appendix that would have mirrored the existing one. Even so, the palace is beautifully designed in a grandiose Beaux Arts style.

While the Square itself doesn’t offer too many restaurants, bars and teahouses, there is an immense selection just a short walk away on the many boulevards that lead into it. Historic buildings, museums, cinemas and art galleries line the streets as well as some other less known about historic buildings and churches.

One of the best places to get a tasty meal while in Piata Romana is the French themed restaurant “Ici e La.” Here you can get a tasty steak, some delicious onion soup or some of the best foie gras in the city. The interior is cozy with a modern design while the exterior is a hybrid between a classic Beaux Arts building and a modern glass curtain structure that increases the functional surface of the building without affecting the beautiful historic building’s structure or exterior decoration.

Verona Cafe is another charming coffee house located in a beautiful historic palace just a short walk from the square. The Cafe is located in the same building as a Carturesti library, offering a bohemian atmosphere as well as an exciting crowd of young intellectuals that frequent the establishment.

Across the small street from Verona Cafe there is the Patria Cinema, which offers an interesting mix of classic movies and the latest blockbusters.

Just a few meters down General Gheorghe Magheru Street tourists can find a series of fast food franchises that include McDonalds, KFC, Pizza Hut as well as a number of local dinners and fast food establishments. The Piata Romana Metro station is located in the area allowing easy access to any other region in Bucharest.