If you ask Bucharest residents about their favorite hangout, many will direct you towards the Cismigiu Garden area, a park that goes back over 200 years, and offers you a breath of fresh air right in the center of the city. Take a walk through its picturesque alleys, pleasantly shaded by hundred-year old oaks and chestnuts and dotted by graceful statues, or let your senses be overwhelmed by the colors and sweet fragrances of its Rose Garden. Or you can hire a boat and row around the lake to enjoy a moment of peace and quiet.

Whatever you do, you simply must visit the Writers’ Rotunda, an isolated corner where you can find the statues of the most important personalities in Romanian literature.

As you head out of the green oasis that is the Cismigiu Park, you can go east towards the Elisabeta Boulevard and make your way to the University Square, a popular landmark in Bucharest.

The University of Bucharest was established in 1864 by Prince Alexandru Ioan Cuza and it’s Romania’s main academic center. As you walk down the street, on your right, do not miss the huge bronze statue of Mihai Viteazul (Michael the Brave) on horseback, unveiled in 1873 and the first of its kind in Bucharest.

If you’re interested in more modern art, right across the street from the University building there’s the National Theatre `Ion Luca Caragiale`, which underwent complete reconstruction works in recent years. With its four performance halls, it is the biggest theatre in Europe. Do take a moment to admire the amazing bronze statues in front of the theatre. Some of the statues are four-meter high and represent famous characters in the plays of Romania’s most prolific playwright Ion Luca Caragiale, whose statue is a bit to the side, the guy sitting on a chair smoking.

Also in the Cismigiu area, if you take the western exist and head out on the Stirbei Voda street you can admire the Kretzulescu Palace, or Cretulescu by the Romanian spelling. Built at the beginning of the 20th century in the French Renaissance architectural style, the palace of the noble Cretulescu family today houses the UNESCO Center for Higher Learning.

Just a short walk will take you to the St.Joseph Catholic Cathedral, built between 1875 and 1883, with Romanesque architecture features and elements of Gothic influence. It is the biggest Catholic Church in Bucharest.

Not very far from St.Joseph’s there’s the Romanian Athenaeum, the country’s main concert hall and home of the George Enescu Philarmonic. Inaugurated in 1888, the Athenaeum is an impressive piece of neoclassical architecture with romantic influences. In the park in front of the building, there’s a great statue of Mihai Eminescu, the country’s national poet. If you’re lucky enough to visit Bucharest in the fall, you could go to one of the many concerts taking place during the George Enescu Festival. You should, however, book your tickets in advance, as they are in great demand.

Last, but not least, opposite the Athenaeum there’s the Royal Palace. The monumental building you’ll see was built in 1936-1937, after the old palace was destroyed by fire. Romania’s Royal family did not get to use the palace much, as monarchy was abolished in 1947. For many decades after that, the Throne Hall was used by the Communist regime for various state functions. It might interest you to know that the Romanian Revolution of 1989 started in this square, where Nicolae Ceausescu chose to make his last speech to the nation, which is why to this day the place is called Revolution Square.

The Royal Palace now houses the National Museum of Art, a must see if you’re in Bucharest. The museum boasts an international collection of paintings by Old Masters, such as El Greco, Rembrandt, Tintoretto, Jan van Eyck, Jan Brueghel the Elder or Rubens, as well as a national gallery with works of famous sculptors Constantin Brancusi and Dimitrie Paciurea and paintings by Theodor Aman and Nicolae Grigorescu. 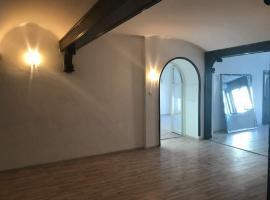 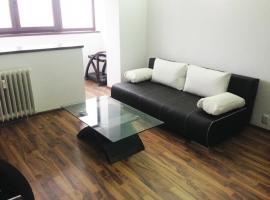